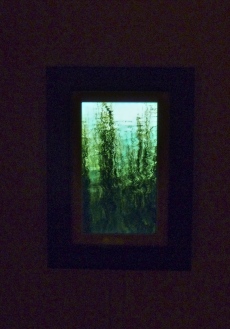 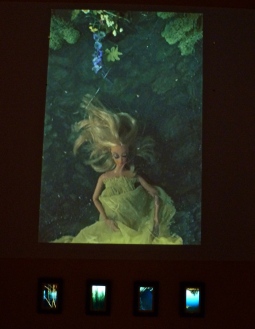 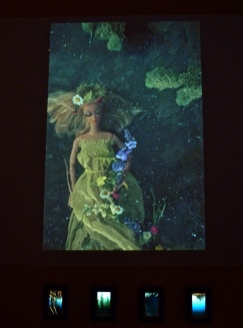 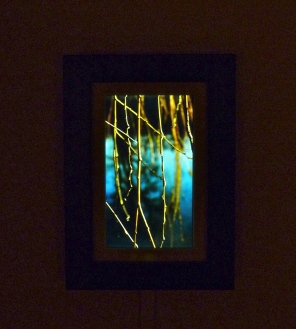 This film installation was presented in February, 2016 in Prague, Czech Republic, in collaboration with Prague Shakespeare Company and the Kolowrat Theatre. The stop animation film was projected on the wall in monumental proportion with 4 small video frames hung below showing different water scenes shot in Stromovka park. The soundtrack was sung and recorded by Jessica Boone. 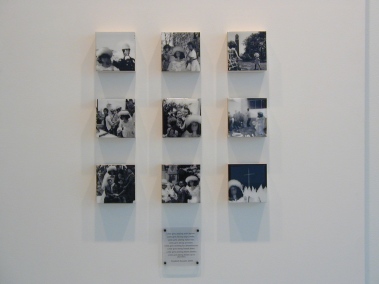 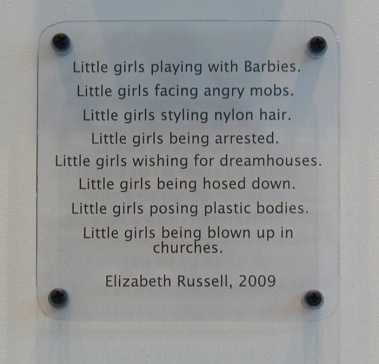 Series of 49 6×6 inch photos mounted separately on wood boxes and covered in clear resin, hung together. Shown at Birmingham Museum of Art for the 50th anniversary gala commemorating the Civil Rights movement in 2009, in 2010 at  Litebox Gallery as part of the group show, “The Edge of Winter” curated by Kate Merritt Davis, and again (4 pieces from the series, courtesy of James Sokol collection) in 2015 at the Abroms-Engel Institute for the Visual Arts, University of Alabama in Birmingham as a part of the exhibit: “Focus 1: Identified” in conjunction with a retrospective of Willie Cole’s work. The entire series first edition (1 of 3) is also a part of the collection of Jerry Dixon and Mario Cantone in New York City.

The center of the series depicts the artist’s childhood doll, Barbie, in a series of historical events surrounding the civil rights movement in Birmingham, Alabama in the 1960’s in black and white. The surrounding color images juxtapose Barbie into the film, “Song of the South” a Disney film which was famous at the time for combining live actors with animated characters, but has since been banned because of the derogatory depiction of black Americans.

“This was the place of my birth and rearing and yet, as a small, white girl, immersed in my childhood bubble in the suburbs, I was unaware of what was happening in my community. Additionally, my mother read to me the stories of Uncle Remus as a child and I saw “Song of the South” at the Alabama Theatre which, though now banned, contributed to the caricature that African Americans have lived with for the last century. This series was an attempt to place myself, via Barbie, into these places and experiences.” Elizabeth Russell 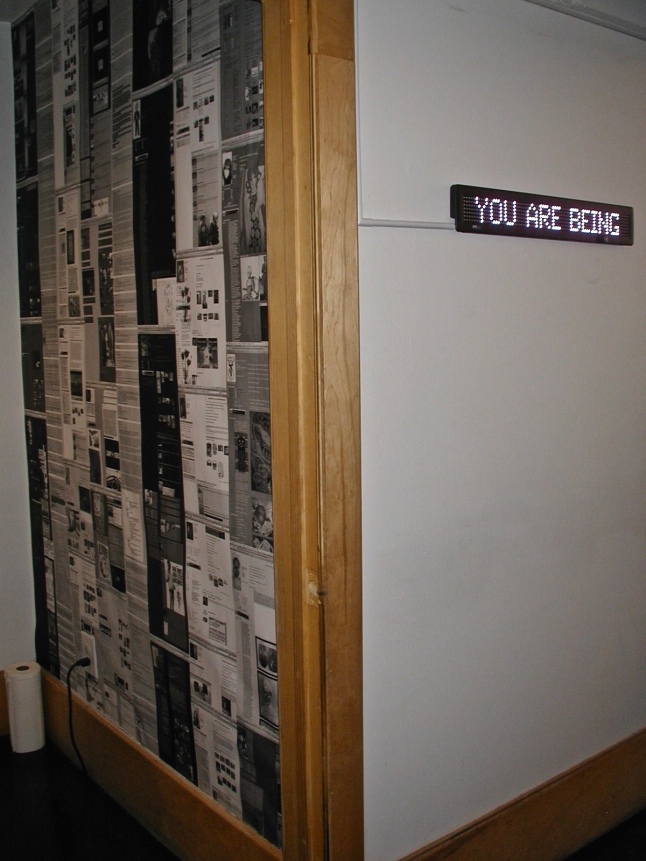 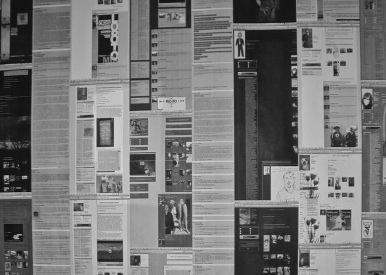 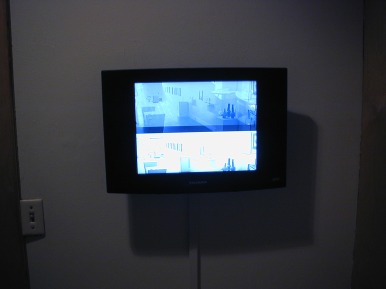 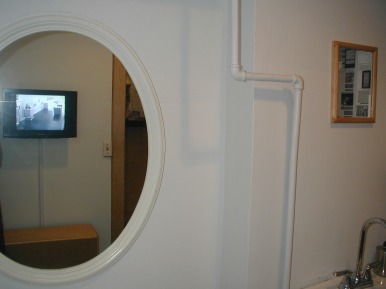 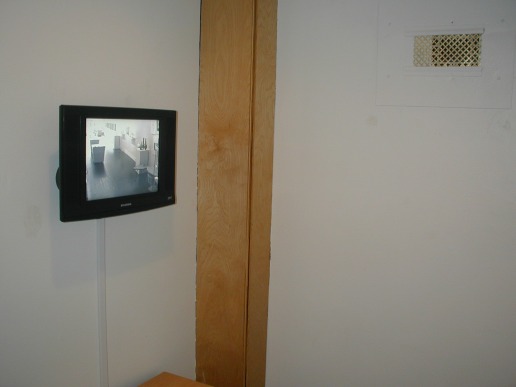 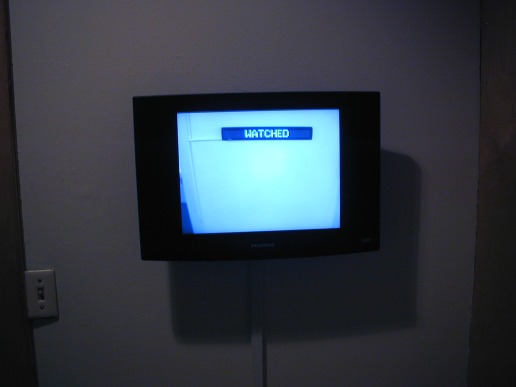 This was an installation created in the water closet at Bare Hands Gallery in 2007. It was composed of a scrolling digital sign placed at the entrance to the WC, a wall mounted tv monitor directly placed opposite the toilet at viewing distance when seated, a mirror mounted over the toilet which reflected the tv monitor at viewing distance/level of standing, wall paper created from social media of gallery attendees. There were 3 security cameras places throughout the gallery and the tv would switch automatically between the three views. There was also a false “confessional window” adjacent to the toilet.

The piece was intended to create a feeling of vulnerability when a person visited the WC alone. Although they were not being filmed, the many views, printed profiles from social media and combined elements created a feeling of unease in the visitors.